I want to thank the Versailles Foundation, so wisely led by our dear Barbara de Portago, for allowing us to be here tonight with all of you.

I am the Head of the House of Bourbon, but I do not live in a palace, nor do I wear a crown.

And despite the fact that we live in a society, that thinks it knows what it takes to be a king, because of the abundance of the Kings of Rock and Roll, the King Size or Game of Thrones, I am going to see if I am able to convey what it implies to be a King in modern times.

Due to my birth, I am the inheritor of the French monarchical tradition, based on the rules of the Constitution of Old France, which was called "Les Lois Fondamentales du Royaume", the Fundamental Laws of the Kingdom, imperative principles of public law and consecrated by the use of the legal common law.

These succession laws of the Kings of France have been designating, generation after generation, the heir to the crown: first-born, male and of Christian faith.

According to these laws, the Monarchy is unavailable, and neither the King, nor any council, can abdicate, nor appoint his successor.

In this way, continuity is given to the Monarchy, summarized by the French expression "Le Roi est mort, Vive Le Roi", "The King is dead, Long live the King".

The French Monarchy is the work of my ancestors, it has been shaped by all the Kings that have been succeeding each other from Hugues Capet in the 10th century, to Charles the X in the 19th century, without interruption through Saint Louis, Henry the IV, Louis the XIV and Louis the XVI (who so much contributed to the independence of the United States of America in 1787).

Heavy, but beautiful inheritance, today more moral than material, which confers on me, duties of tradition and charity:

- I participate in numerous commemorative events in France and abroad, linked to the memory of the work of the Kings of France, my ancestors.

- I bear witness to the values ​​that made ancient France, such as: justice in the image of Saint Louis; social peace and the wealth of the people with Henry the IV, beauty and culture magnified by Louis the XIV.

I do not want to conclude without addressing the issue that is on everyone's mind. Is there a future for the monarchy? There always will be, because the world is hungry and thirsty for true justice, for true morality. We all need clear references, not perfect, but for the knowledge of differentiating the light that guides them.

Such a common heritage, shared by all civil society, which bring me here today, to encourage you, to make Versailles alive, and above all, to thank you for your generosity, that contributes to the splendour of one of the most wonderful places in the world 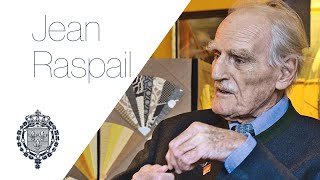